St. Joseph the Worker Catholic Church is a welcoming faith community to all those in Warrenton, Warren County and beyond. Whether a first-time visitor to Lake Gaston or a new resident, we invite you to join us for worship and to be part of our church!

Our church offers qualities you may not find in larger Catholic parishes while still being a tremendously welcoming environment if you are first time or repeat visitor with us.

At St. Joseph the Worker, there is a sense of communal ownership and pride. We have a passion for our faith and make the time to grow our church – and to grow in our faith. Most importantly, we take to heart what our church teaches, that is “the Eucharist is the source and summit of our faith”.

We are committed to all of our liturgical ministry roles including musician, lector, celebrant and homilist to make the Eucharist the special celebration it is supposed to be.

If you have any questions at all please feel free to Contact Us.

Saint Joseph the Worker Parish is a Catholic faith community under the patronage of Saint Joseph. The Church is located in the town of Warrenton, North Carolina and serves Warrenton, Warren County and the greater Lake Gaston Area.

The Catholic community in Warren County began with the Vaughan family believed to be in the 40’s and 50’s. Mr. Vaughan and his wife located from Halifax County to Warrenton and had nine (9) children – six girls and three boys. The children married and had families of their own in Warren County. Additionally the Riggan, Mustian, Pitchford and Lynch families attended Mass in Warrenton. Their children and also the grandchildren of the Vaughan’s attended Mass at St. Joseph’s. The Dore and Wimbrow families from Norlina joined the group as well. To this day, the Riggan and Pitchford families are members of the St. Joseph Community.

During the early years the priest from Henderson would come by train and celebrate Mass in private homes. As the number of parishioners grew, the Mass was celebrated in the Colonial Lodge in Warrenton which remained the primary place of worship until 1962. In the early 60’s the area began to change with the development of Lake Gaston.

The property on which the current Saint Joseph Church is situated was owned by D.E. & Mildred Mules and was sold to the Diocese of Raleigh on May 1, 1959. At that time Father Parker was the Pastor of the Henderson Church and it is reported that his family had the means to help purchase the property. Over the following 3-4 years, the structure which is the present Saint Joseph the Worker Church was constructed. Bishop Vincent Waters came to erect the cross and to officially bless the Church on May 12, 1963.

In the beginning the St. Joseph the Worker Church had metal folding chairs and kneelers. Through the efforts of Father Thomas Davis and the parishioners, they designed and built a parish steeple in the 90’s. Father Davis recognizing the talents of his parishioners initiated a Habitat for Humanity program and was instrumental in the building of many homes in the community – a program that exists to this day.

Sister Margaret Gallagher arrived in 1999 and became the Pastoral Administrator living in a rented duplex in the town of Warrenton. In 2002, the Diocese purchased the property adjacent to the Church including the present parish house and barn. The parish house became the home for Sister Margaret and was used as a multi-purpose facility for the parish.

The adjacent barn has been used for our fundraising efforts carried out by the Saint Joseph Morning Star Altar Society. Sister Margaret moved into the Parish House and conducted her daily responsibilities as Pastoral Administrator until her retirement in July of 2010.

Upon Sister Margaret’s retirement, under the leadership of Father William Upah, the pastor at the time, a strategic planning effort was undertaken. It included a review of our vision, mission and future of our parish resulting in in our Parish Plan for 2010 – 2013. In that process, it was decided that improvement of our worship facility was a high priority. That plan and that priority were supported by Fr. Upah and subsequently by Fr. Columba Nnorom. In July of 2014, upon the departure of Fr. Columba, Fr. John Gillespie became the Pastor. Today, Fr. Rafael is our Pastor at St. Joseph the Worker in Warrenton as well as St. James Parish in Henderson.

Perhaps most importantly, over the years the St. Joseph community has continued to grow as a strong faith community. It remains the very welcoming community that it has always been. Many changes have been made to grow in our prayer and worship and to upgrade our facility to enhance such growth. Most parishioners are engaged in some liturgical ministry including lectors, music ministers, Eucharistic ministers and ministering to the sick and homebound. In recent years attractive stained glass windows were added; a baptismal font was added; and most recently a statue of the Blessed Virgin Mary was added. All of these enhancements were as a result of special donations of parishioners.

You can click each picture below to view a larger version of the image. 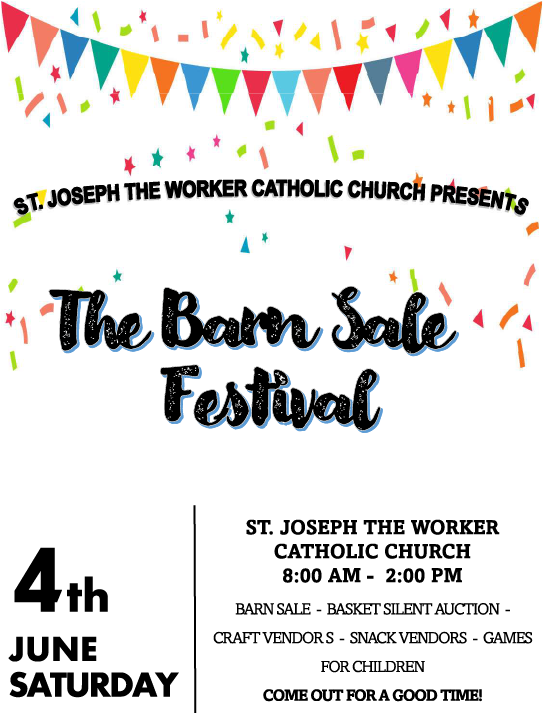 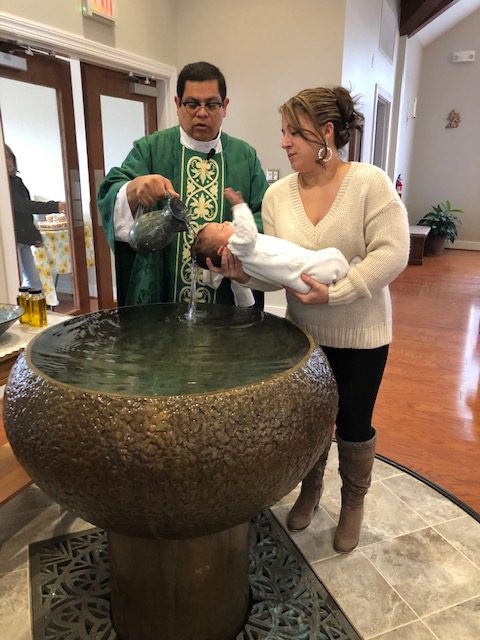 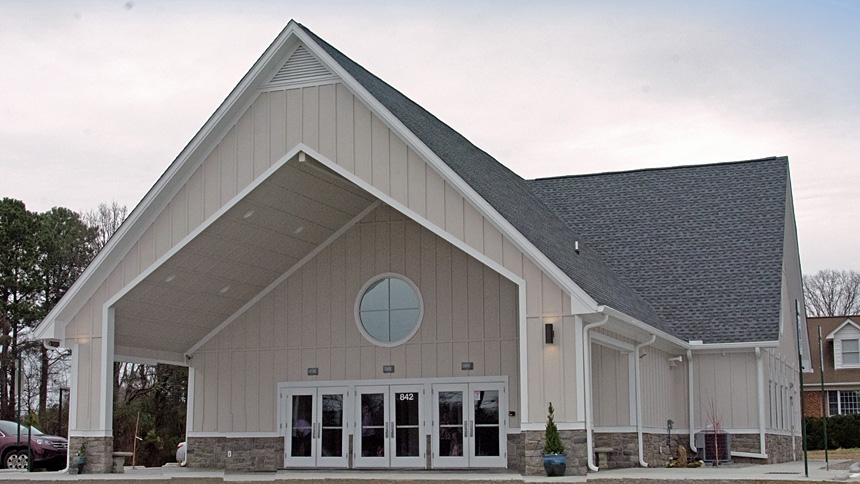 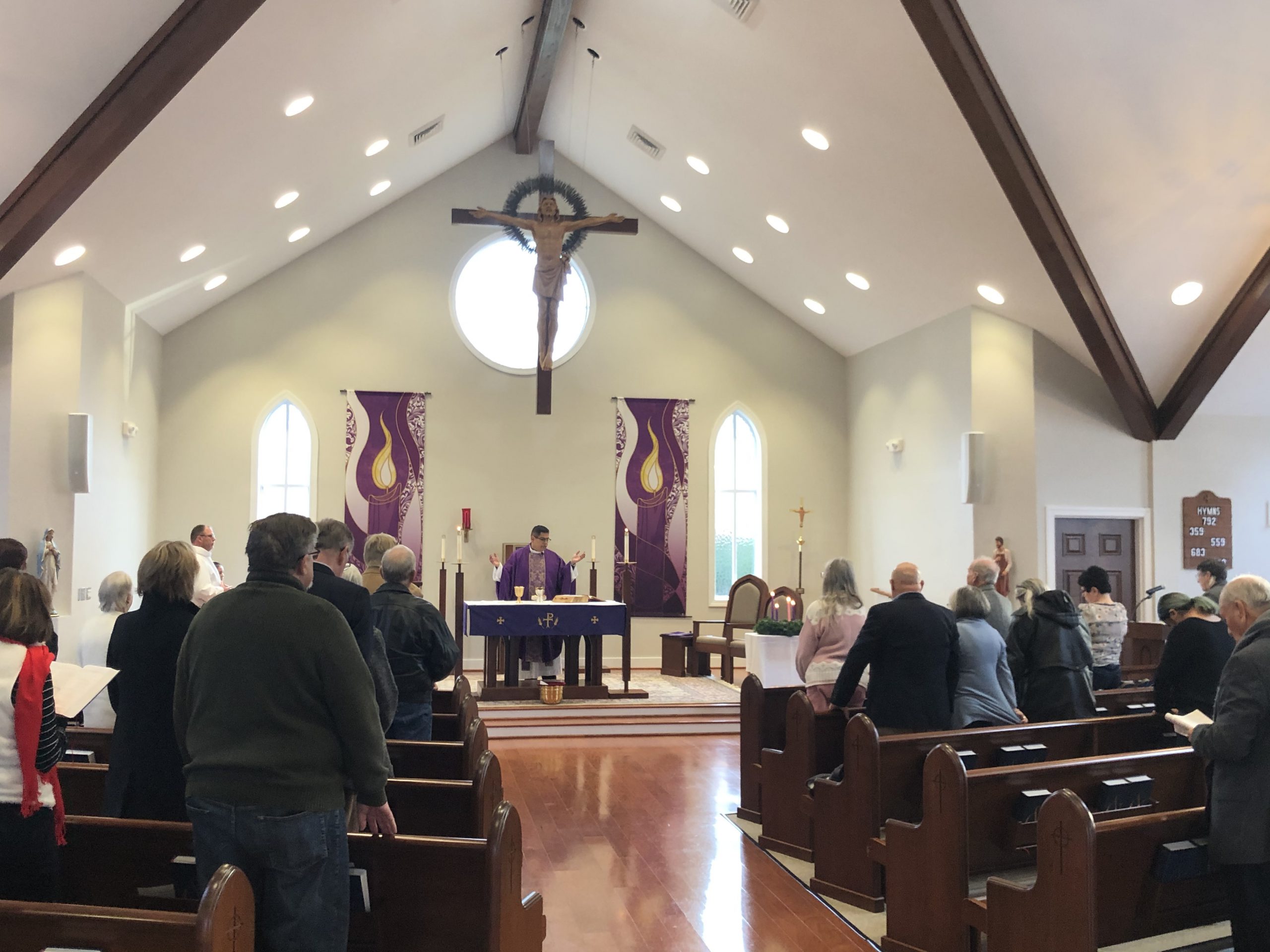 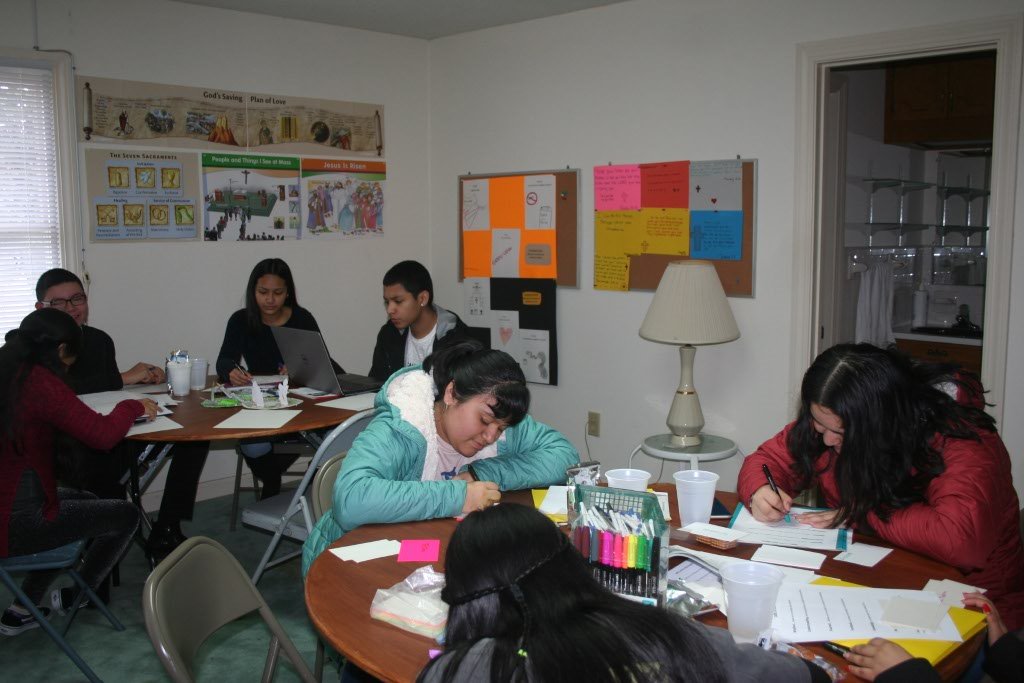 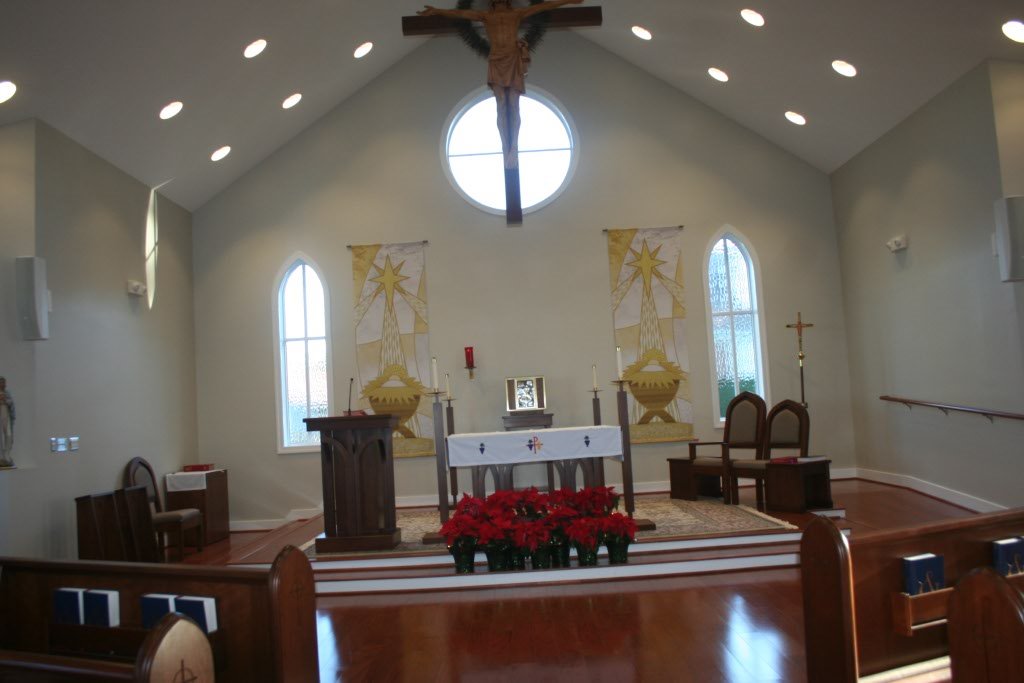 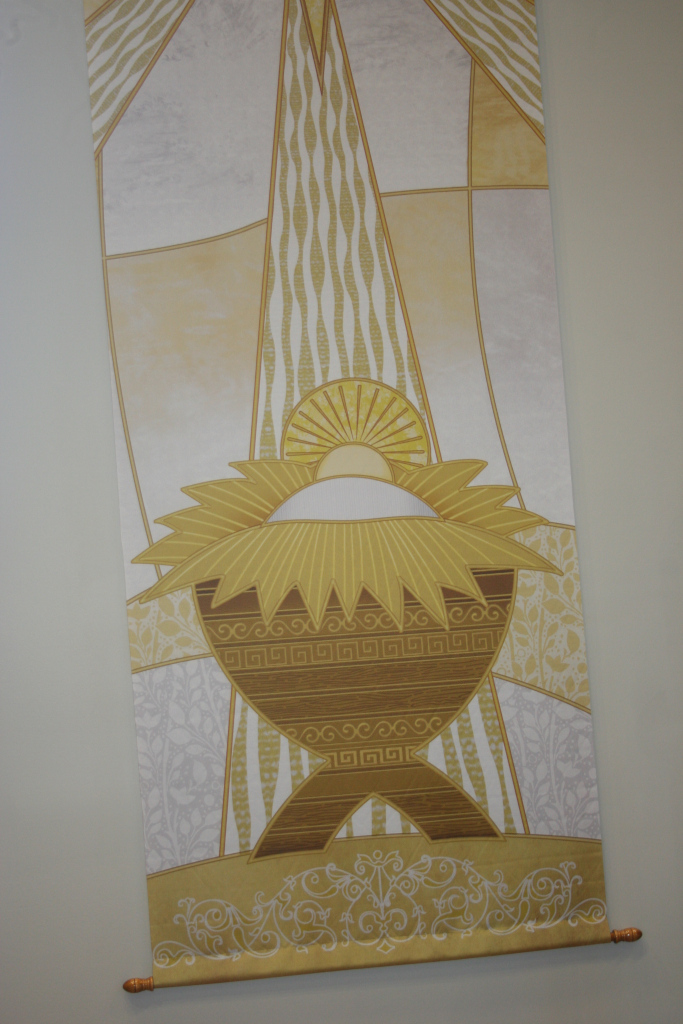